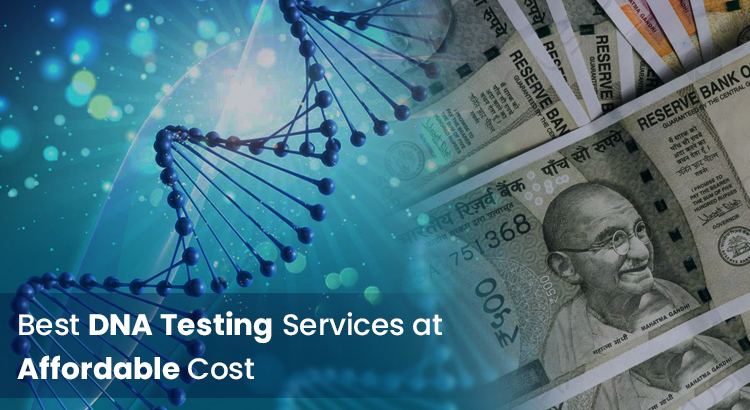 A DNA Test is the only reliable way of correct biological identification of an individual. You can get a DNA test for various purposes. A DNA Test can be a real problem solver and often the only way for a biological relationship identification for peace of mind or a legal matter. The DNA testing cost depends on the type of DNA test done and various other factors.

At DDC Laboratories India, we are a reputed DNA Testing Company for accurate and reliable DNA tests at the best DNA test cost in India. Here, every DNA Test is competitively priced, with the customers’ convenience at the priority. Despite being easy on the pocket, we also commit to each and every customer’s complete satisfaction of mind.

At DDC Laboratories India, we offer you the best in class DNA testing services with our 100% accurate and dependable test reports. We are among the best Indian companies for class-leading DNA Testing Services at affordable DNA Test Prices in India.

The deciding factors of a DNA Test Cost in India

Purpose of the Test

If a DNA Test is done only for information (Peace of Mind) or legal matter, the DNA Testing Cost is lesser. On the other hand, for a DNA test requiring a chain of custody, the DNA test cost in India may go higher.
Examples of POM DNA Tests:

A DNA Test requiring a chain of custody, like an embassy-approved Immigration DNA test, requires certain legal formalities, making DNA test cost a bit higher. Yet, at DDC Laboratories India, you get the best value for money. It’s not just that we provide the best DNA testing services at a reasonable DNA Testing Cost, but that we can take most of your hassles away.

Other Deciding Factors of the DNA Testing Cost in India

There are different configurations available for a DNA Test, which cost differently. Moreover, if you want our home-collection facility but are living at a very remote location, where it’s hard for our sample collection agent to reach, we still reach you to collect your DNA sample. After carefully considering and calculating your distance and accessibility from our regional center’s, we can arrange your home collection, though in such a case, the customer may have to incur additional transportation convenience fees.

DDC Laboratories India is the only company providing AABB, NATA, and MOJ accredited Immigration DNA Tests at a fair and reasonable DNA Test price in India. For all other types of DNA tests, we offer you the best and industry-standard DNA Testing Services at best and competitive DNA Testing Cost in India.