DDC Laboratories India has now opened a branch of DNA Testing center in Kolhapur. Relationships and immigration-related purposes can be fulfilled through a simple and reliable DNA Test in Kolhapur Maharashtra.

DNA test can be done for the following reasons. Some of its advantages are mentioned below.

For immigration- DDC Laboratories India has helped people to find their lost relatives and dear ones across the globe. Also some countries have made DNA test compulsory for VISA.

For adoption- Genetic diseases are common these days and there is a high probability that a disease may pass on from a person to his coming generations. So DNA Testing in Kolhapur can help to detect these diseases and work on them.

To find out the criminal- Criminals generally leave one or the other clue at the spot of crime in the form of hair, blood, saliva or semen. Forensics conduct test on these samples and DNA testing in Kolhapur has eased the task of the police.

To detect dead bodies- DNA Tests are of great help in case of unidentified bodies. In cases of mass deaths such as a situation of war or natural calamity, many bodies decompose and DNA test helps to find their families.

To know your past- Many people are curious to know about their ancestors and past. DNA Test in Kolhapur Maharashtra helps to know them everything about their past, evolution, migration etc.

For any kind of DNA Test in Kolhapur Maharashtra, please fill the below form and our executive will contact you. Also, for any queries or to make an appointment, call us at 7042446667 or WhatsApp us on 9266615552. 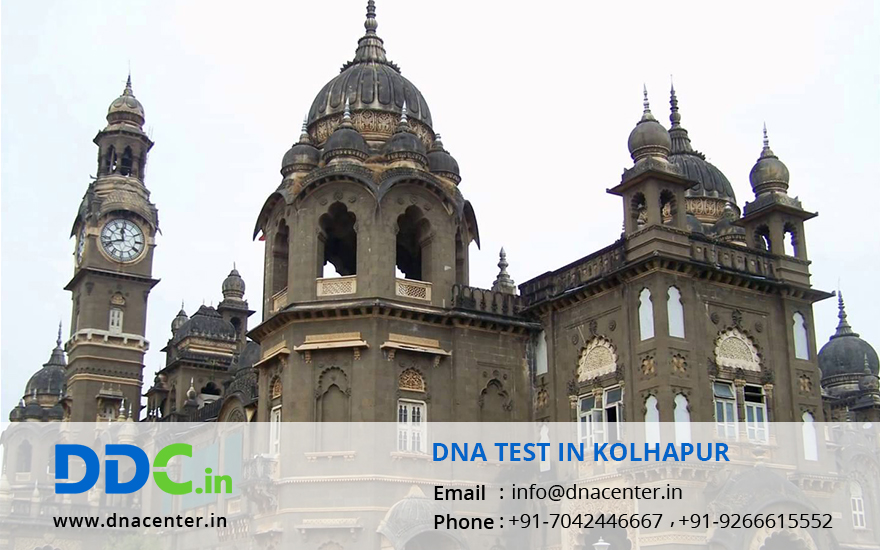