DDC Laboratories India has now opened a branch of DNA Testing center in Jagadalpur. Relationships and immigration-related issues can be solved through a simple and reliable DNA Test. DNA Test in Jagadalpur, Chhattisgarh is a Most Accredited.

DNA test can be done for the following reasons. Some of them have been mentioned below.

For immigration- DDC Laboratories India has helped people to find their lost relatives and dear ones. Also, some countries have made DNA test compulsory for VISA. DNA is a good choice since it is legal proof and is accepted by the court.

To find out the criminals Criminals generally leave one or the other clue at the spot of crime in the form of hair, blood, saliva or semen. The test is carried out on these samples and DNA testing in Jagadalpur has eased the task of the police.

For adoption- Genetic diseases can be detected through DNA test and precautions can be made so that they don’t pass on to generations to come. This is most suited in adoption cases.

To detect dead bodies- DNA Tests are of great help in case of unidentified bodies. In cases of mass deaths such as a situation of war or natural calamity, many bodies get rotten and DNA test helps to recognize them and hand them to their legal heirs.

For any kind of DNA Test in Jagadalpur, Chhattisgarh, please fill the below form and our executive will contact you. Also, for any queries or to make an appointment, call us at 7042446667 or WhatsApp us on 9266615552. 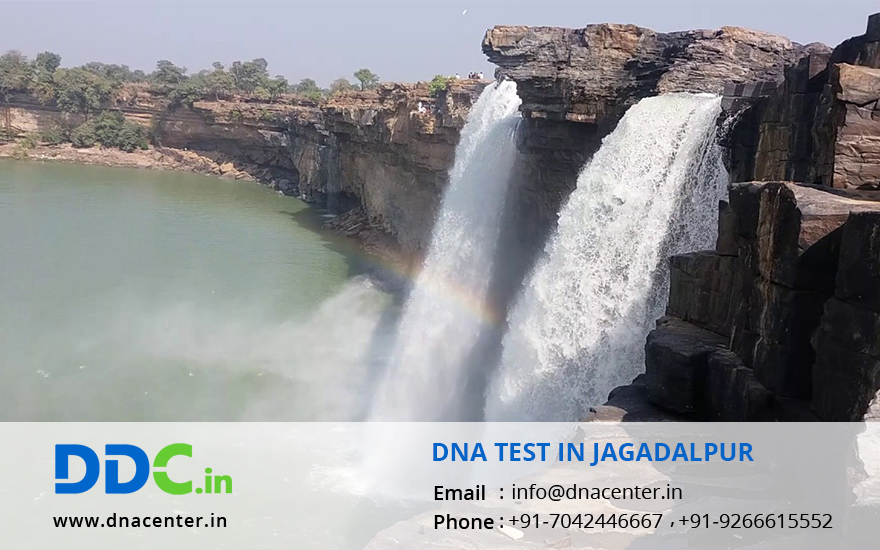