Getting a DNA Test in Rajasthan is now easy, and you can visit one of our collection centers to give your sample for the test. We have been successfully providing DNA Tests in Chittorgarh, and other parts of Rajasthan, for years. But before discussing how to get a DNA Test in Chittorgarh without the trouble of door to door inquiry with various labs/companies, let’s first understand its types and process.

Now it’s a wise thing to understand – first, your specific requirement and second, the number of persons involved in the test. Based on these analyses, you can know which type of DNA test to go for. We are providing the following types of DNA Tests in Chittorgarh.

First of all, the DNA samples of the involved parties are collected using a painless method, like swabbing, using sterile and high-grade cotton swabs.

Following this, the samples come to our testing facility, where we extract the DNA from the cells collected on the swabs.

Then, using the STR profiling method, we do the DNA testing and compare the samples to find a match, e.g., in the case of relationship testing. For other cases, like Siblingship or Identification profiling, we run the tested person’s DNA through online database for their biological identification.

Once the tests have been concluded, the reports are sent to the party’s registered email ID.

Why DDC Laboratories India for a DNA Test in Chittorgarh?

At DDC Laboratories India, we assure you of the accuracy and reliability of our test reports. With 250+ collection centers all over India and in many other countries, we are availing of our services to most Indian cities.

Now, you can also get a DNA Test in Chittorgarh and other parts of Rajasthan and India with ease and get complete satisfaction of mind.

In India, we are the only DNA testing company to provide accredited Immigration DNA Test for the United States of America, the United Kingdom, Australia, and various other countries.

Our sample collection process is easy and efficient. We use buccal swabs for sample collection, though you also have the option to give blood, hairs, nails, and other biological samples for a DNA Test in Chittorgarh, Rajasthan.

Our team of proficient technicians conducts DNA tests and includes testing 20+ markers to ensure maximum accuracy. We provide DNA testing services at affordable prices and according to the government guidelines.

For any kind of DNA test in Chittorgarh, Rajasthan, please fill out the given form, and our executive will contact you. You can contact us for any queries or make an appointment by calling +91 7042446667 or sending a WhatsApp message on +91 9266615552. 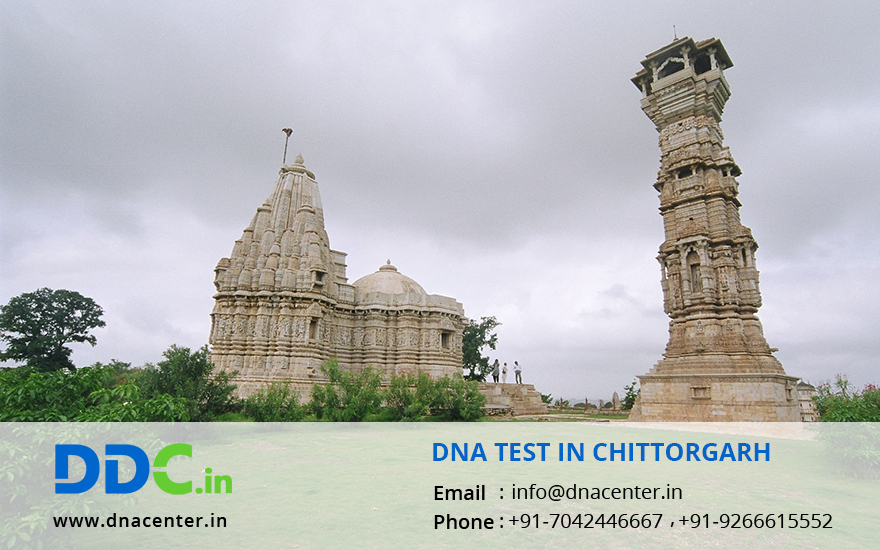